A Trip Down (His) Memory Lane - Visiting UNC Chapel Hill 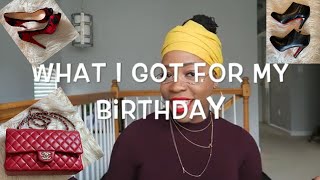 No I'm Not Okay

NO I'm not okay! There, I said it. People say that step 1 to solving a problem is admitting that you have one, right? Well, that's part of my problem. It took me 28 years to get to step 1. Why, you might ask? As a black man, I feel like I'm not suppose to not have problems. I'm suppose to be tough, strong, and dominant. I'm never suppose to NOT be okay.

I feel like there's a stigma in the black community when it comes to mental health. Black men are not suppose to cry. If we have a problem, then we deal with it on our own. Otherwise, we run the risk of being ostracized from our communities or being labeled as weak. This stigma is dangerous to the black community. It is road that leads to addiction, violence, depression, and even suicide. I refuse to be a statistic....

2018 has been was been one of the most interesting years of my life. It hasn't been good and it hasn't been the worst year of my life either. I've experienced some amazing highs. One of my favorite moments was zip-lining with my wife in Sedona, AZ. I'm afraid of heights. It took every ounce of courage in my body to jump off of that ledge. It was one of the most freeing experiences of my life. I faced a fear head on and I won.

Facing my fears has been the theme of 2018. I've experienced a lot of loss this year as well. My father was never in my life. Growing up, it was always tough. I always had to figure things out on my own, especially manly things like talking to girls or dealing with puberty. When I was a 16, my grandfather introduced me to Ron, a distant cousin. He was a lot older than me and well established in life. At the time, he represented everything I wanted to be. Over time, we began to talk and we grew closer and closer. I began to see him as a mentor. If I ever had a problem, he was always the first person I went to. As our relationship grew stronger, I began to see him as the father I never had. He began to see me as the son he never had. He knew all of the heartache I suffered at the hands of my father. He promised that he would never desert me or cause me that same heartache. Well, lets just say that he lied to me. The last time we talked was Christmas 2017. I tried to call him in January and he didn't answer. I sent him countless emails and voicemails but he never answered. I only found out he was okay after having the police do a wellness check on him. Even then, he still never answered. Ron was successful in causing me the same hurt and distress he promised to never cause. He abandoned me the same way my father had. He just stopped responding.

In May 2018, I got a call from my sister saying that my father had a heart attack. I remember being filled with so many emotions. I hadn't talked to my father in 10 years. Our last conversation wasn't pleasant either.

I have always had a nonexistent relationship with my father. My father was an alcoholic and a drug addict. The court system wouldn't even allow him near me. Through it all my mom still gave him a chance. When I was 8, sometimes we would meet him at Burger King after church on Sundays. He promised me that he would always be there for me. Christmas was around the corner. He promised that we would spend Christmas together. My father disappeared on Christmas Eve that year. We were suppose to meet at Burger King like we always do. He was going to give me a Christmas gift and I even had a gift for him too. He never showed up. I remember my mom driving me to Toys R Us on Christmas eve and buying me all the presents my dad promised me. That's my last memory of my father.

When I received the phone call from my sister. I was filled with so many emotions. I debated calling him. I even asked about possibly seeing him. My sister told me that once he was out of the hospital we would set up a meeting with the three of us. I saw this as my chance to get some type of closure. Even though the hurt he caused lingered, I forgave him years ago. I was finally ready to face him. Unfortunately after he was released from the hospital, he had another heart attack and died. His death reopened many wounds that I tried to self medicate years ago. The drama from his side of the family only exacerbated the issue. I was told horrible stories of how my dad would smoke crack in front of me when I was a baby. I would sing Happy Birthday whenever he would light up his crack pipe. My brother told me that no one cared about me. There was so much drama going on that I didn't even feel comfortable going to my own father's funeral.

How do I feel? I feel like I still have so many unanswered questions. Why did he abandon me as a child? Did he ever love me? Does he have any regrets? Unfortunately I will never get the answer to any of these questions.

Over the past 9 months, I've tried to be strong and pretend that I'm okay. I can't keep lying to myself. I have to stop trying to fit into a mold that society has built for me. I AM NOT OKAY! My anxiety issues are bad. I've been suffering from anxiety since I was a teenager. I've just never recognized what it was until recently. I've spent so many years bottling up my emotions I don't even know how to express myself. Lately, I've just felt lonely and lost. I have an amazing support system. I don't know what I would do without my wife and my mom. Twenty-eight years worth of bottled emotions and issues are spewing out like a volcano. I have moment when I feel happy. Moments when I feel sad. Moments when I feel unloved. Moments when I feel abandoned. I hope that writing about this will help me deal with all of the emotions I have been feeling lately. I deserved to have my voice heard. I feel refuse to bottle up my emotions. I refuse to be a statistic. I'm going to take it one day at a time, starting today.

Day 1: Admit that you have a problem. (Complete)